The Little Swamp is a memorable location landmark in the

This area is damp and dangerous, but there are treasures to be found if you avoid the African Rock Python lurking here. 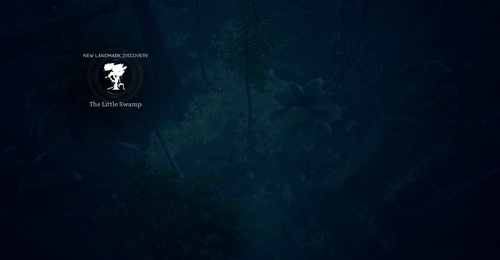 It is unclear why, but the Evolution Feat for Swamp's meteorite site says Found the meteorite of the Little Swamp site but that isn't the name used for that meteorite like most other meteorites use. It actually is much closer to The Big Swamp than The Little Swamp location. The name appears to be a combination of both locations into "Swamp's" and it is likely an error that the feat says "Little" in the name.