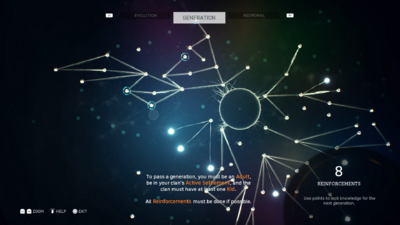 A Generation consists of all current baby, adult, and elder hominids in your clan. This is a snapshot in time of all of your hominids. Generation is also a tab under the Evolution menu. 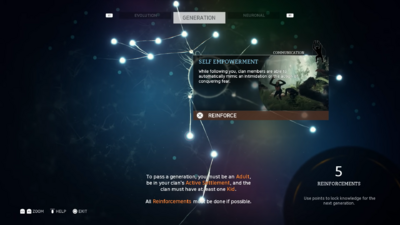 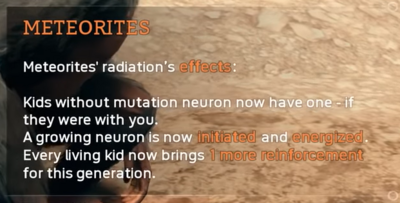 Evolution is no walk in the park and even if you have personally acquired a neuron, it does not mean the children will have it. As a consequence, before skipping a generation, it is necessary to reinforce certain neurons. If you reinforce one neuron, it will be acquired by the future generation with any neurons required to learn the reinforced one.

Neurons that can be reinforced will glow a bright white color. Genetic mutations and prior reinforced neurons will not be available to reinforce. Instead a dull bluish circle will appear in that place instead.

Selecting a neuron for reinforcement will add a light blue circle around the glowing white neuron. It is also possible to deselect and choose different neurons at this time.

It is normal to not have enough reinforcements for all of your unreinforced neurons, but it is worth noting that the new generation will have that neuron already matured and so you will only have to spend neuronal energy to learn it again, extremely speeding up the neuron acquirement process for those neurons already learned with a previous hominid.

There are two ways of getting reinforcements: having babies in your clan and discovering 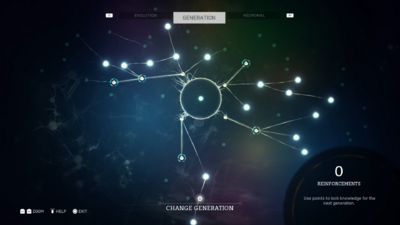 Generation is a key component used to move forward in time to reach your full evolutionary potential.

During you exploration, your hominids will grow and learn. Time will pass but this time frame is short in comparison to the life of a hominid. At a certain point in the game, you will have reached a place where you no longer can learn or grow at your specific snapshot in time. You will need to change a generation to jump forward in time. 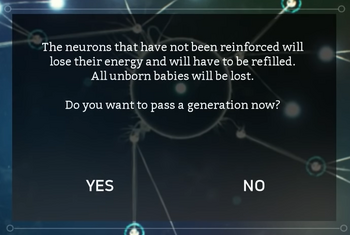 It is important to note that changing a generation is permanent. 15 years of time will pass and multiple things will happen: 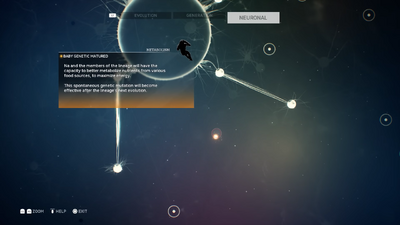 It is important to note that without changing a generation it isn't possible to make genetic mutations permanent.

The easiest way to understand acquiring and passing on genetic mutations is this: