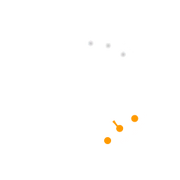 The Clan and Neuronal Circle.

The Clan HUD is a graphical display found in the lower right corner of the screen which gives details on your current clan. 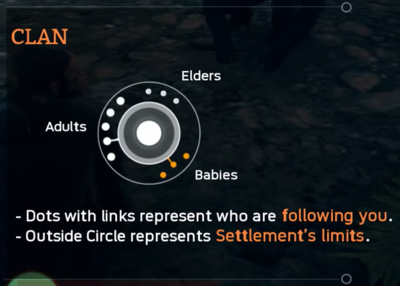 The Clan HUD and your clan

The Clan HUD is a compact visual display but there is a large amount of information that it shows. This isn't explained well in the game though. You can quickly find out the following information:

It's not immediate clear what each of the symbols stand for.

There is a limit to the amount of clan members you can have. You can have six babies, six adults, and six elders for a total of eighteen clan members. 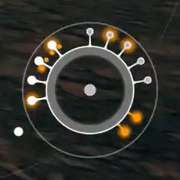 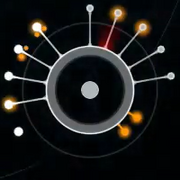 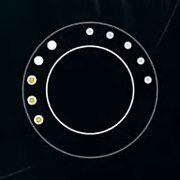 Any adult female clan member that is currently pregnant that hasn't given birth will show as a small orange dot inside of the larger white dot. This allows you to quickly see how many pregnant females you have in your clan. 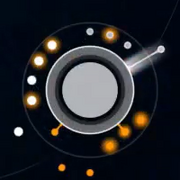 Any clan member that you approach to directly interact with at close range will add a transparent white bar extending out from the central circle. This white highlight lets you quickly determine which hominid you are interacting with. This is very helpful with a large clan with many hominids on screen. When you stop interacting with a hominid, the white interaction bar goes away. 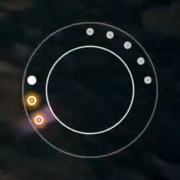 Interacting with your mate will change the interaction highlight to a pink color. This pink color highlight makes it easy to determine if you are coupled with the hominid without having to analyze them. 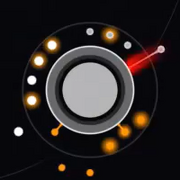 Any clan member currently under attack by any hostile threat will have a bright red bar extending out from the central circle. This allows you to quickly know that your others clan members are in direct peril. You need to help your clan member immediately or they may die. 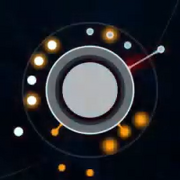 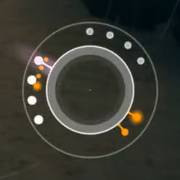 If you interact with a bleeding clan member, the red bleeding bar and the white interaction bar will overlap. This will cause a pink colored bar to appear. This is a side effect of the two colored bars stacking and the pink color doesn't mean anything else in this case. 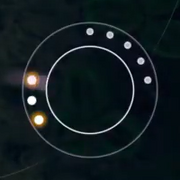 When interacting with another clan member during the grooming process, there will be a white interaction highlight with the other hominid. When the grooming process is successful, and a couple is formed, the interaction highlight will change to a pink color. This pink coloring lasts very briefly but is another indicator that the process was successful besides the large onscreen display of COUPLE FORMED. 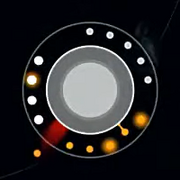 Hiding Spot is in danger from dying. There is a dull red bar that pulses outwards from the central circle to the baby that is in danger. If you do not go out to collect the baby, eventually the baby will die. 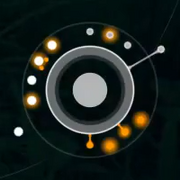